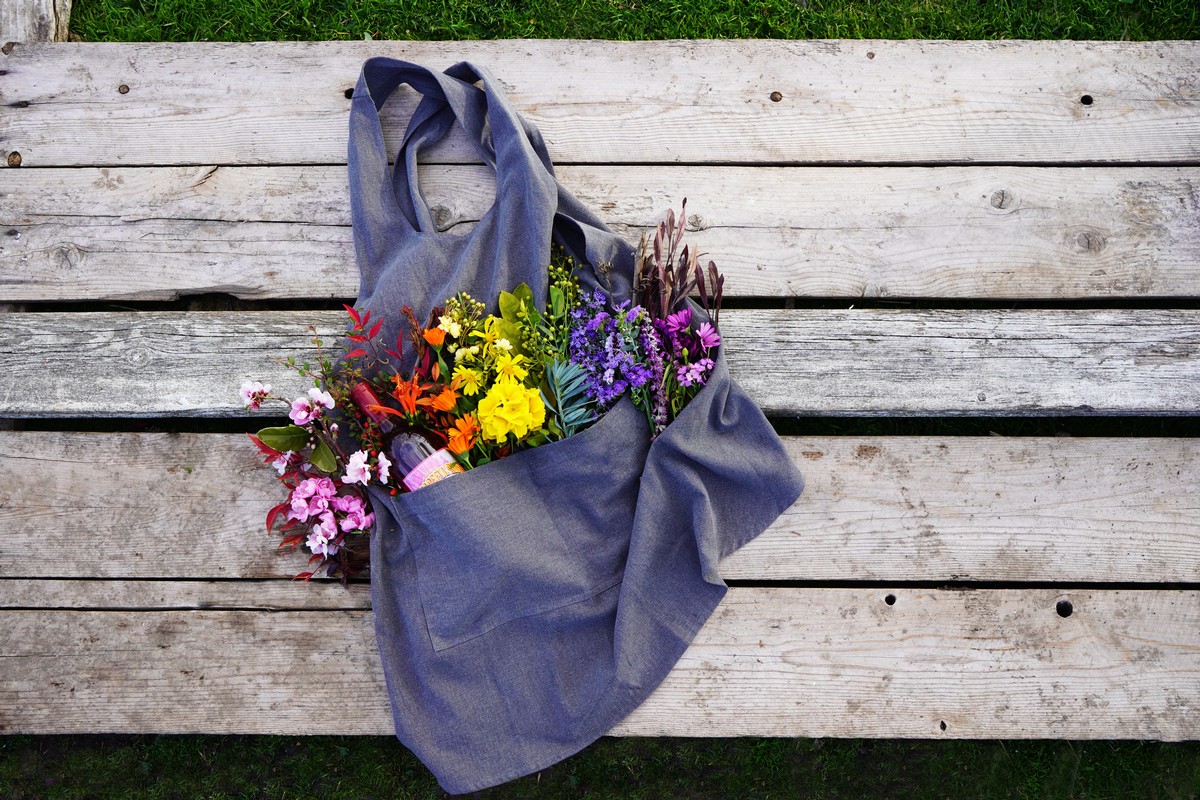 With recent rains and the rapid arrival of spring in Northern California, our rolling hills and scenic valleys will soon be awash in color. We’re in love with the rainbow of wildflowers and native plants that spray color of every kind across the landscape. It’s the perfect time to find a walking trail and go luxuriate in the scenery of one of the most naturally beautiful places in the world—right here. March marks the beginning of Northern California's wildflower season, which continues as late as mid-July. If you keep an eye out, you’ll find flowers in every color of the rainbow in no time. Below, we’ve listed some of our favorite blooms common to this region. 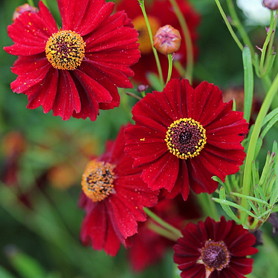 This scarlet bloom is just one variety of Calliopsis, a hardy plant that grows well even in dry or rocky soils. Also known by the common name of "Tickseed," the flowers also come in a rich golden-yellow hue, sometimes boasting a burgundy center. Historically, the flowers of the Calliopsis have been used for both red and yellow dyes. These flowers are at home in wild meadows as well as gardens, where they often attract the attention of butterflies. 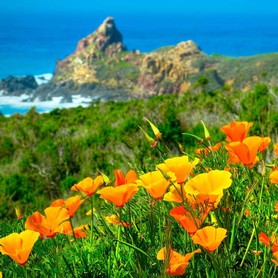 The iconically vibrant petals of the California Poppy unfurl themselves on warm, sunny days and fold back up in the evening. According to some records, early Spanish explorers nicknamed California "the land of fire" because of the vivid meadows along the coastline. Declared the state flower in 1903, the California poppy grows prolifically throughout the state and into other regions. Other names for this flower include the "Flame Flower" and "Copa de Oro" which means "cup of gold." 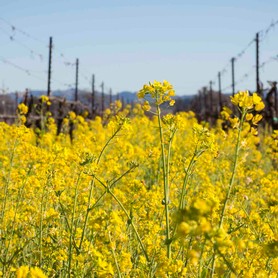 This cheerful yellow blossom and its common cousin Black Mustard are easily spotted throughout Northern California, content to grow nearly anywhere from vineyards to the side of the highway. Yellow Mustard is native to Eurasia, rather than California, but it thrives in this climate. It is believed that Franciscan Padres introduced the plant when they scattered mustard seeds along the 600-mile Camino Real so it could be easily found by travellers.

After spending the winter months dormant and bare, the green leaves and shoots that emerge in the vineyard with the warmer weather are a welcome sight. When the conditions are right and the growth is at its peak, some grape vines can grow more than an inch in length in a single day. The blossoms themselves grow in cluster formations and the blooms last only 8-10 days. This bloom occurs around mid-May, depending on the varietal and climate of the region. 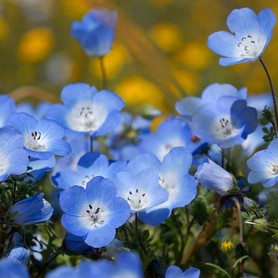 These darling herbal blossoms are among the most common of California's native wildflowers. Often seen growing in gorgeous contrast among poppies, these little flowers earn their name from their white centers which emulate an "eye." These charming flowers are surprisingly hardy, having been introduced and cultivated in less favorable climates including Alaska and England. Baby's-Blue-Eyes has also been recognized by ecologists as a valuable attractor and supporter of native bee populations. 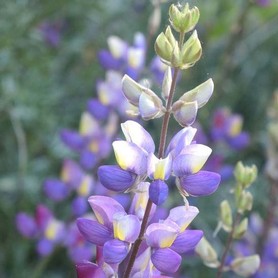 This highly adaptable wildflower can grow gorgeous spears of purple petals up to a foot long. The Silver Lupine's flowers can range in hue from violet to pale blue and the silvery leaves give it a soft, ethereal appearance. Bitter compounds in the plant also make it a good option for gardeners looking for deer-resistant foliage. Additionally, the endangered Mission Blue Butterfly requires Lupine for a portion of its life cycle, so it's a great plant for any fan of conservation and beautiful wildflowers.

If you're interested in going out to go wildflower-watching,
click here to find information on when and where to find the best California blooms!