For Auld Lang Syne: A Toast to the New Year 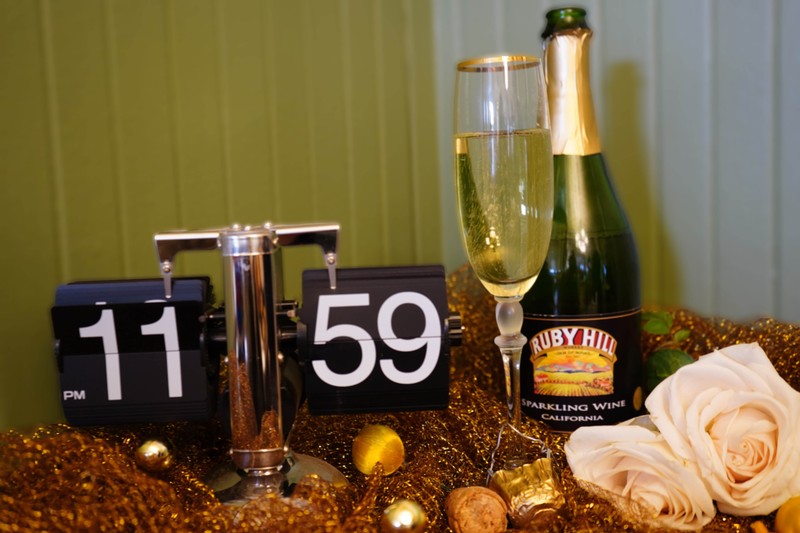 As 2020 comes to a close, we delight at the prospect of new beginnings. We have hope for 2021 and the surprises it will hold, but before we get there we want to say "sayonara!" to 2020 in style. New Year's Eve is a holiday of many traditions, both made to refelect on the past and anticipate the future. To appreciate the legacy of these practices, we've put together at a brief history of three of our favorite traditions: toasting the New Year, kissing and singing, and making resolutions.


Raising a toast with champagne has a long history, dating back as far as the Roman Empire. Under this regime, drinking wine was seen as a fundamental part of good health. In some eras, toasting to the Emperor with a glass of wine was compulsory before meals. When Julius Cesar adopted a new calendar in 46 AD, January 1st was decided upon as the start of the year. This was intended to honor Janus, the Roman God of beginnings. Of course, the ancient Romans began the tradition of celebrating the New Year with partying. Drinking and revelry have become integral to the celebration.

In the following centuries, toasting began to incorporate the actual clinking together of glasses. The "ring" of the glasses was meant to ward off evil. Later, it was rumored that it reduced the use of poison among noblemen and their enemies since toasting caused liquid to splash from one reveler's drink to another. The word "toast" itself came about in the late 17th century, since spiced bread (toast) and other snacks had commonly appeared as pairings with the celebratory booze. Sparkling Wine grew in popularity as the New Year's Eve drink of choice to celebrate opulence and luxury.

The practice of making resolutions has an even more illustrious history, starting upwards of 4,000 years ago in ancient Babylon. The New Year was celebrated with the planting of crops, and resolutions were made in order to start the season off optimistically and please their gods. Their commitments supposedly included such promises as repaying debts and returning borrowed farming equipment. The knights of the Middle Ages would make their resolution to remain knights by swearing their chivalry over a roasted peacock, which was called the "Peacock Vow." We prefer to make our resolutions over a glass of Peacock Patch Zinfandel, but to each their own.

The first recorded use of the actual phrase "New Year's resolutions" was in a bostonian newspaper in 1813. Two centuries later, it remains a value of our cultures as we seek the power of self improvement new beginnings--and often discover our weaknesses come March. No matter the level of "success" these resolutions offer a good opportunity to reflect on past goals and set your heart on the coming year's opportunities.

At the stroke of midnight, just as the New Year commences, it is common to kick off the New year with a smooch and a song. Both kissing and Auld Lang Syne are optional, but heartwarming when enjoyed with people you love. In English and German folklore, these midnight kisses strengthened budding romances and set a tone for the year to come. During the masquerade balls of the Renaissance, guests would remove their masks at midnight and kiss one another, symbolizing the removal of evil and begin the year with purity.

One Scottish New Year's Eve tradition took this even further, with guests attempting to kiss everyone in the room, but we admit that's not exactly the safest choice in 2020. Instead, the Scottish tradition that has become a standard of New Year celebrations is the Scottish folk tune "Auld Lang Syne." The poem was first penned by Robert Burns in 1788, but Guy Lombardo is credited with popularizing the song as a New Year's Eve staple in the United States when it appeared in a radio broadcast from New York’s Roosevelt Hotel at midnight on December 31, 1929. The lyrics are timeless, calling us to remember auld lang syne, which literally translates to "old long since" but is similar in meaning to "old time's sake."

There is a beautiful irony to joining in such old traditions to commemorate the New Year. We revel, even if we're at home this year, in the memories of the "good old days" while planning our goals and resolutions for the year ahead. If we ask why we celebrate the way we do, why we toast, sing, kiss, and promise, the answer is simple: For old time's sake, my dear, for old time's sake.