Art and Wine in Every Era and Style 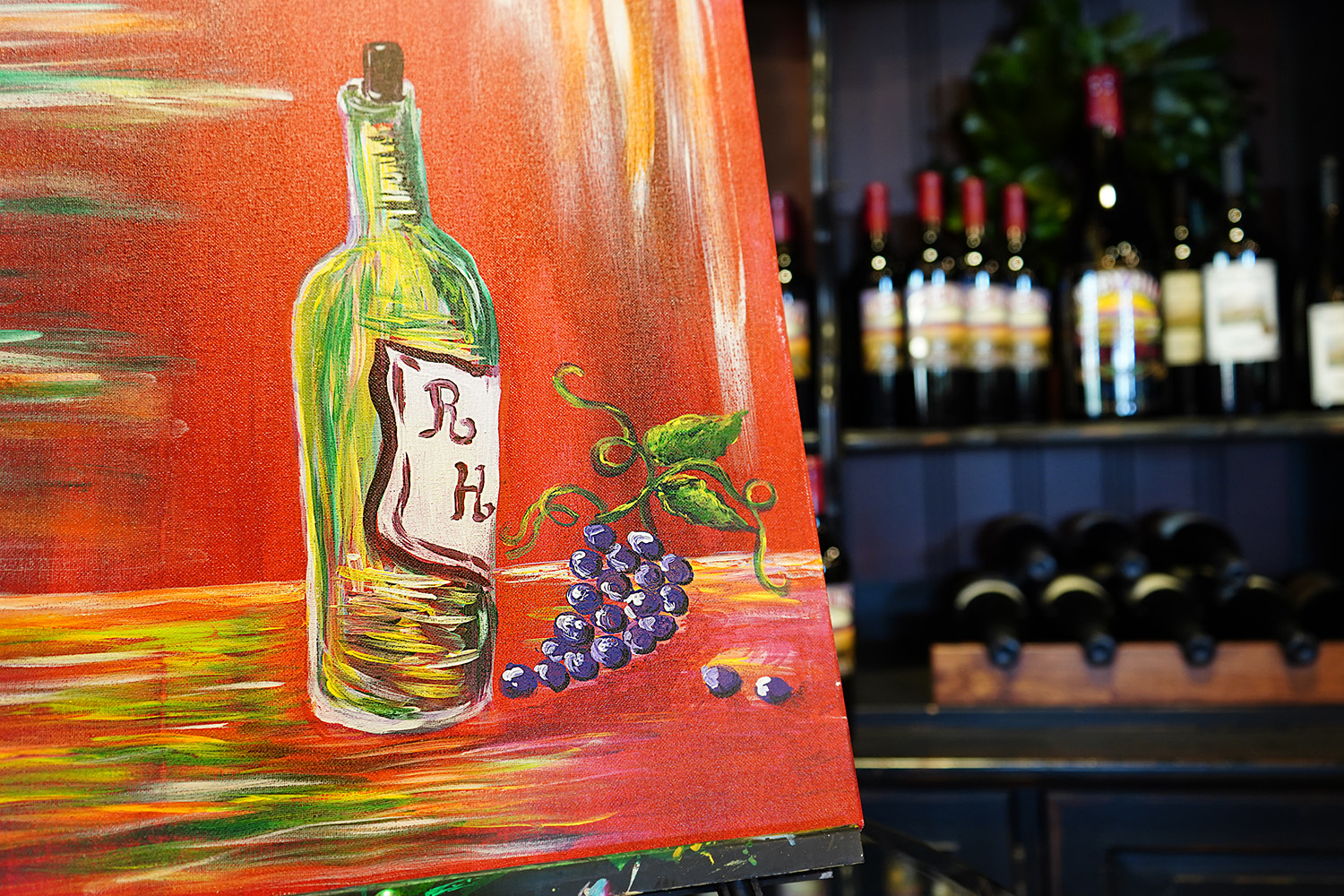 Fine art and fine wine are truly integral to human expression and enjoyment. In every era and culture, these themes have shown themselves in some way. Today, we are taking time to look at the intersection of the two: the representation of wine in art throughout the ages.

Ancient wall art depicting harvest and winemaking. This was found in a tomb in Egypt, an example of the deep significance of wine even in ancient cultures. Wine was always among the provisions left in tombs for the afterlife of Egyptian mythology. 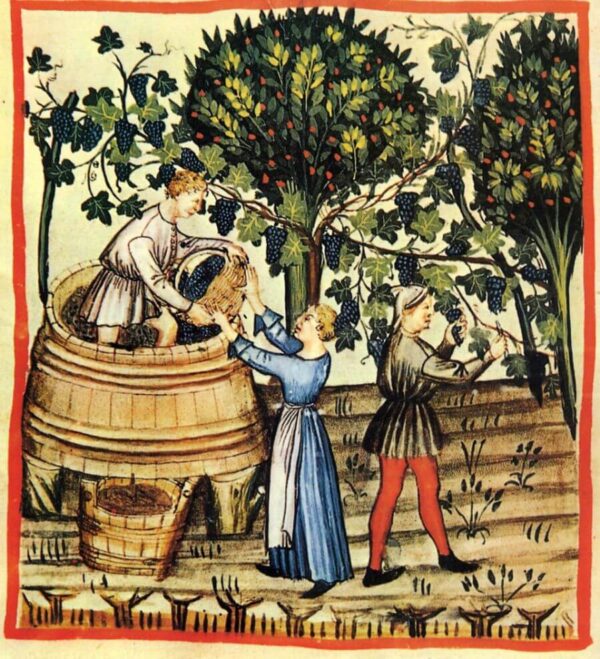 In an era where wine consumption was considered by some to be immoral, and was only available to wealthy nobility, wine still played a part in artistic expression. This Medieval era monastic art, celebrates the labor and process of winemaking rather than the wine itself. 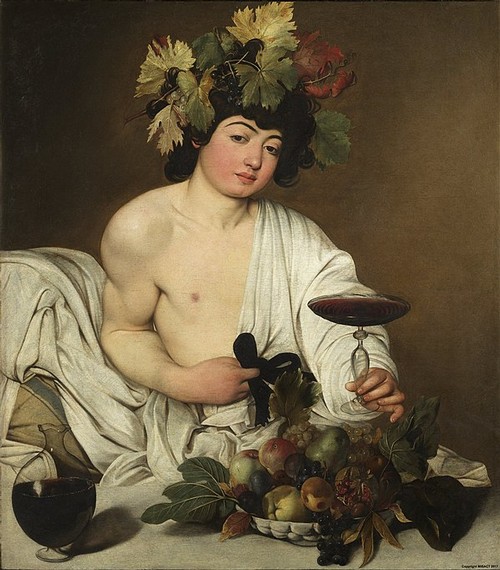 This iconic painting by Cravaggio, Bacchus circa 1596, depicts the Roman god of the same name. Baccus was the deity of wine and revelry. Here, he is pictured young, flushed, and satisfied. Both Baccus and his Greek counterpart, Dionysus, were frequent subjects of art in the Renaissance era. 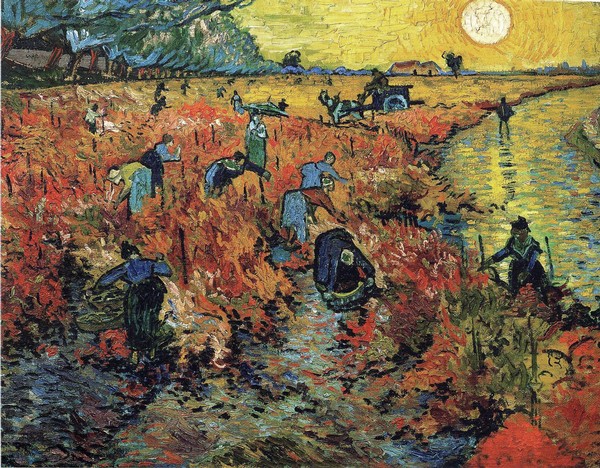 The stunning post-impressionist work above is entitled The Red Vineyard. This piece was painted by Vincent Van Gogh on a single day in 1888 and was the only painting he successfully sold in his lifetime. Van Gogh died destitute but left a rich collection of art that still defines the Impressionist & Post-impressionist era. 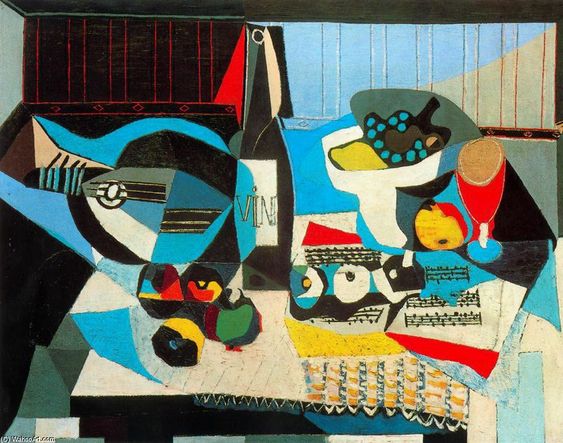 Known for his work in cubism, Pablo Picasso incorporated wine and spirits into many of his works, including this 1926 work entitled La Bouteille de Vin (The Wine Bottle). Picasso was a prolific artist, working in a range of styles and mediums, though cubist art pieces like this one are among the most iconic of his works.

Modern artistic movements include Pop Art, such as the Andy Warhol-style rendering above, and Op-art, such as the image below. Op Art is short for Optical Art, which bends the mind's perceptions of flat surfaces. Even in these aggressively modern depictions, wine finds a place. 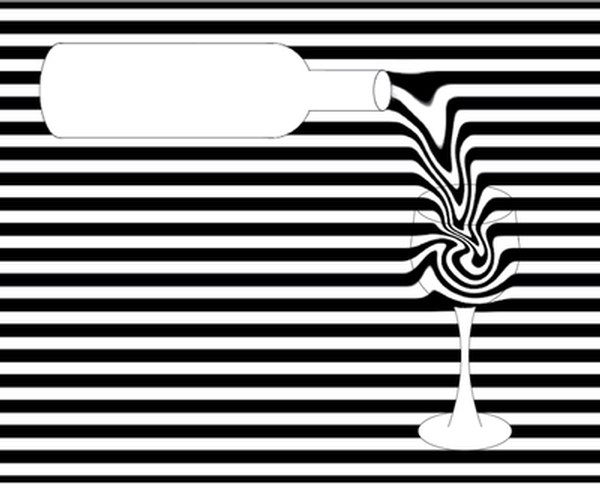 We're always glad to take a moment to appreciate the finer things in life, from good wine to stunning art. Perhaps it's time to create some of your own, in your own style. All you need is a glass of wine and your medium of choice (paint, pencils, crayons) and you can create your own masterpiece, just for fun! Who knows, you may surprise yourself! If you give it a try, tag us @rubyhillwines.